Building Trust Between Colleges and Parents

Presidents of colleges and universities love to talk.

Actually, college presidents love to talk most of the time. When it comes to certain subjects, they grow quiet.

Unfortunately, the silence-inducing topics for many college presidents happen to be the issues that many parents care most deeply about. They are the “three p’s” – pay, politics and price. Let’s take them on, one “p” at a time.

However, many college presidents are leading billion dollar enterprises, with budgets equal to some of America’s largest corporations, so certainly an argument can be made that their be pay might be commensurate with private-sector peers who have significant profit and loss responsibility.

After all, unless they are members of the clergy (who do, in fact, run some of America’s colleges), college presidents have not taken a vow of poverty, nor should they.

But neither should they take a vow of silence. College Parents of America encourages all college presidents, public and private, to make their salaries and the entire budget of their universities open for all to see. This transparency is expected of corporate America and it should also be expected of higher education in America.

With greater transparency will come a greater ability for various constituencies to assess performance. And, in the end, performance should be the standard that drives pay.

The next “p-word” to dissect stands for politics. It is a fact that many people believe that colleges and universities, particularly the professors, are too liberal and/or that whatever their politics, it should not be introduced into the classroom, where the pursuit of knowledge should rein supreme.

Recently, a self-admitted liberal reporter stood in front of a room of college presidents and tell them that the fact is “colleges are ideologically one-sided and you botch the issue if you deny it.”

He went on to accuse colleges of “tossing out the token conservative for media consumption” when “such conservatives are indeed rare on campus, particularly in the humanities and social sciences.”

This reporter urged openness when it comes to politics. He suggested that colleges should allow interested observers into their classrooms, to see for themselves just how much politics actually goes on. His guess was not much, particularly in fields such as science, math and music, where very little, if any, of the base of knowledge has anything to do with politics.

The final “p-word” has to do with price.

Here, college presidents must recognize that there is a serious disconnect between what they believe is a reasonable price for a college education, and what parents believe to be reasonable.

Now many college presidents, particularly those in the independent sector, do recognize that the price they charge for a higher education is quite high, and they are quick to defend the price by saying “but we give a tremendous amount of financial aid, so many people don’t pay the sticker price” at all.

Colleges have developed these highly sloped pricing schemes (where a small percentage pay full price and a small percentage don’t pay any tuition, while the vast majority pay somewhere in between) because such schemes are what they believe that parents want.

One private college official recently told The New York Times that what colleges are offering these days is “a designer education at a discount price.” She compared the college marketplace to its consumer goods equivalent, and offered that just as outlet stores for brand-name retailers are what parents are looking for as they shop, so too do parents want “cheap prices but a strong brand” when it comes to a higher education for their son or daughter.

At College Parents of America, we also love to talk, and to write, about topics facing current and future college parents. Our group is dedicated to empowering you to best support your children on the path to and through college.

Sometimes that empowerment takes the form of some very specific and practical advice. Sometimes it involves the arranging for you of discounts on college-prep-related, or college-attendance-related, spending for your son or daughter. And sometimes it is a column like this, one that attempts to tackle a weighty subject, dissect it from a parent perspective and serve it up for your consumption.

As we said in the headline at the top, it all comes down to trust. We are trying to build trust with you and we feel very strongly that college presidents, the ones responsible for educating your children, should be doing the same.

While there may be other issues that are important to you, we suggest that if trust can be established on some of the most difficult issues, then everything else should be relatively easy. The “three p’s,” consisting of presidential pay, campus politics and price are some of the most difficult issues out there. So if the conversation can be joined on these, then it is reasonable to expect that a dialogue on everything else will follow.

Questions to Ask your Campus about Security

For a multitude of reasons, campus security is important both to college parents and college students. Knowing this, College Parents of America previously put together an article on how to navigate media articles on campus security, and key tools and how to evaluate campus security data.

GWEN IFILL: Americans are now carrying student loan debt of over $1 trillion, $125 billion of it added just in the first three months of this year...So what, if anything, could this approach do to help ease the growing problem of student loan debt?For that, we turn to Deanne Loonin, who leads the student borrower program at the National Consumer Law Center. And Richard Vedder, professor of economics at Ohio University and director of the Center for College Affordability and Productivity. 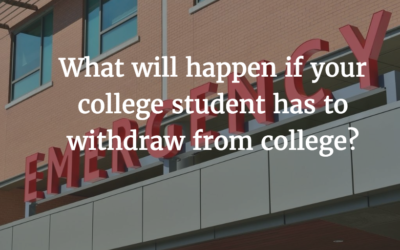 What will happen if your college student has to withdraw from college?

The American College Health Association annual survey on National College Health student health reports incidents such as illnesses, accidents, and injuries can frequently happen, even to young and healthy college students. The good news is that college families can protect their investment by purchasing tuition insurance coverage starting at $29.95 for $2,500 per term. 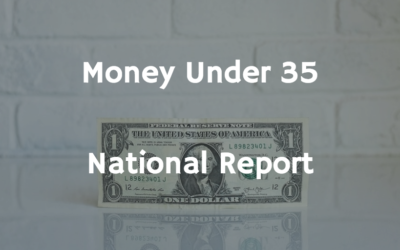 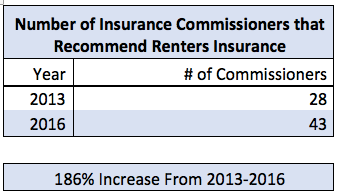