Two students died in fraternity-related incidents last week: one from injuries in a fight at Baldwin-Wallace College and one in an apparent hazing activity that involved drinking massive quantities of water at California State University at Chico.

Tracking the exact number of fraternity-related deaths is difficult. Drunk driving is more likely to kill students than drinking oneself to death or other hazing incidents. It is difficult to track when DWI deaths — which may take place off campus and may not involve official fraternity activities — can be linked to a fraternity.

But in terms of deaths in houses, or immediately after leaving a fraternity event, this academic year is looking grim.

“One death in any year is too much, but we are seeing a bunch of tremendously tragic incidents,” said Douglas E. Fierberg, a Washington lawyer who specializes in suing fraternities over hazing incidents. “The fraternity industry clearly does not have itself under control.”

Officials of the North American Interfraternity Conference, the umbrella group for fraternities, said that the only person who could comment on the recent incidents was traveling. He did not respond to voice mail or e-mail messages.

In the incident at Chico State, Matthew Carrington, 21, died Wednesday morning at Chi Tau Fraternity, a house that is not recognized by the university. According to The San Francisco Chronicle, Carrington was a fraternity pledge whose fellow pledge told police investigators that they were each forced to drink five gallons of water, and that they then had ice water thrown on them, air conditioning fans pointed at them, and were forced to do push-ups while answering questions about the fraternity.

Several hundred students at Chico attended a vigil for Carrington Friday night outside the fraternity house, according to an article in The Orion, the student newspaper there.

An 18-year-old pledge to another fraternity at Chico State died from alcohol poisoning in 2000, and his family settled a lawsuit against the fraternity in 2002.

At Baldwin-Wallace, Brent Jones, 21, died Tuesday morning from a fractured skull and enlarged brain — injuries he sustained after hitting a door frame January 16 in a fight with another member of Sigma Phi Epsilon, according to a report by the Associated Press.

The AP reported that local police officials have charged the other fraternity member with two counts of assault and that the college, which is located outside Cleveland, has suspended him.

A Year of Tragedies

While a week rarely goes by without some fraternity getting in trouble for something, this academic year has seen numerous incidents that have been fatal:

Experts on fraternity deaths, many of whom are long-time critics of the Greek system, say that this year’s deaths point to the need for major changes.

Hank Nuwer, author of Broken Pledges: The Deadly Rite of Hazing, said that this year’s deaths need to be viewed as part of “a pattern of ongoing problems.” Since 1970, he said, there has been at least one death related to hazing every year.

Fierberg, the lawyer who sues fraternities, cited an inherent problem that few colleges will recognize: “The fraternity industry manages its alcohol policies almost primarily with underage individuals. No other industry does that.”

Gary Pavela, director of judicial programs at the University of Maryland at College Park and editor of Synthesis: Law and Policy in Higher Education, recently wrote that fraternities “are more legally vulnerable than any time in their history.” Pavela’s advice for colleges is to increase the adult professional staff presence in fraternity houses. Says Pavella: “The best approach legally and ethically is to make fraternities more accountable to adult leadership — or shut them down.” 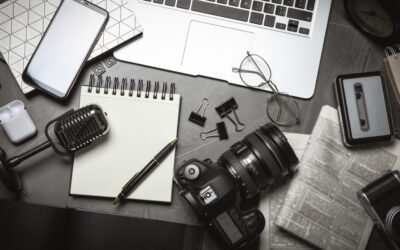 Can You Trust Journalism?

By: Reyna Gobel MBA, MJ As a journalist myself, I’d like to say the answer is always yes. Unfortunately, it depends on the publication and the writer. I recently attended a Reuters Institute panel with Google, Vox Media, The New York Times, and Oxford University to get their thoughts on discovering the validity of digital […]

Free Speech on Campus: Does it Still Exist? 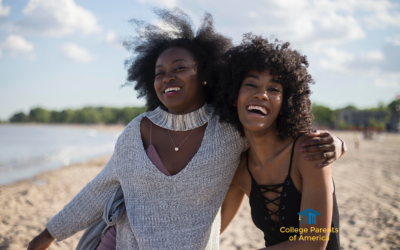 A Tribute to Moms

Our recent online surveys of current and future college parents confirm what we suspected: the majority of our members and supporters at College Parents of America are women, especially among those of you who are actively engaged in our group.As you might have guessed from my name, I am not.But I am lucky to have a marvelous Mom, and a wonderful wife who is a great Mom to our two sons, so I thought it appropriate to write a Mother’s Tribute, to all of you out there who are struggling to do your best to support your children on the path to and through college. 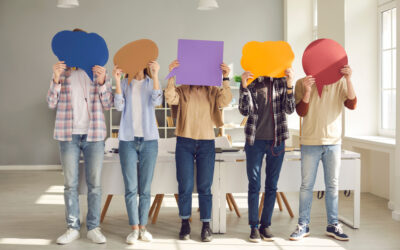 The Most Important Questions to Ask Colleges 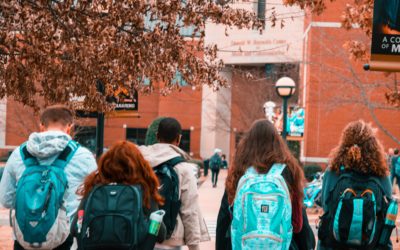 The college application process is a stressful time for both students and their parents: college visits, narrowing down the choices, SAT or ACT exams, applications, essays, recommendations, and then – finally – your child finds that she has been put on the waiting list for her first choice college.  Yes, it may be discouraging, but all may not be lost.  There are some things that your “almost” college student should – an